So I was looking at some other lovely bloggers blogs and I came across a 90’s kid tag on Lauren’s blog! If you’d love to take a look or go to her blog then you can check it out here – http://keepcalmitsonlyablog.blogspot.co.uk/2014/04/blast-from-past-calling-all-90s-kids.html

I was born in 1993 so I thought that I would give this a shot because it seemed cute and it’s always nice to be nostalgic now and then! So let’s get started…

1. Favourite Disney film?
The Lion King, The Little Mermaid and probably Snow White. (On the topic of films however, I did watch one with my dad when I was little called ‘The 10th Kingdom’ and it was one of my favourites for a while although it’s not Disney I thought I’d throw that in)
2. NSYNC or Backstreet Boys?
Neither personally, however my sister loved to listen to Backstreet Boys constantly.

3. Favourite candy/sweets?
I liked ring pops, nothing was more glamorous than them!
4. Weirdest fashion trend?
I spent most my childhood happily dressing in camouflage clothing as I loved it! (Bearing in mind I am the daughter of a ex-soldier) and I also remember I had a two piece set, which was long trousers and a crop top in a bright yellow colour (Hahaha!) But I also had a pair of silver glittery jelly heels!
5. Favourite music artist/band?
Spice Girls and S Club 7 for sure! (Personally my favourite song by S Club 7 was reach for the stars! hahah)
6. Favourite game? (board game, playground)
I had a favourite playground game, I can’t remember the name now but it was something to do with oranges!
7. What would you watch on TV after school & Favourite TV shows?
Art Attack,Sabrina the Teenage Witch, Hey Arnold, Arthur, Rupert, Little Bear,The Queen’s Nose, Rosie and Jim, Bill and Ben just to name a few!
8. Favourite book?
I read mostly Saddle Club, Roald Dahl and Jacqueline Wilson books. Although I did have a lot of pet related books because I would always nag my parents for an animal, any animal and in this desire I would end up buying lots of animal care related books.
9. Favourite clothing store?
I can’t remember!
10. 90’s beauty memories?
Bright blue & green eye shadow, roll on body glitter, crimped hair and hair braids. I also liked to get the children’s make up from the supermarkets, you know the kind that were in the toy area and smelled like plastic but were in ravishing shades of dark pinks and purples!
11. Favourite McDonalds happy meal toy?
I can’t really remember the toys I got from McDonalds back then sadly but I do remember going to McDonalds with one of my older sister’s and her friends.
12. Favourite toy?
I collected tons and tons of Pokemon stuff, cards, toys everything you name it. I also loved barbies, I had a mermaid one that when you put her tail in water it changed different colours! I also had a Tamogotchi a little baby pink one in the shape of an egg 🙂
So that’s my 90’s kid tag and if you were born in the 90’s why don’t you give it a go as well? Comment and let me know 🙂

(I don’t own this! click here for picture source) 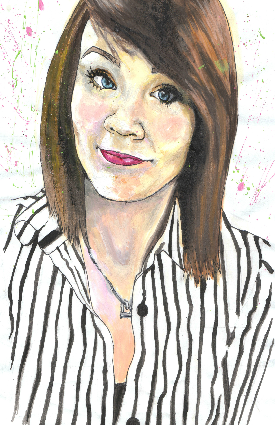 How many hits on my blog?